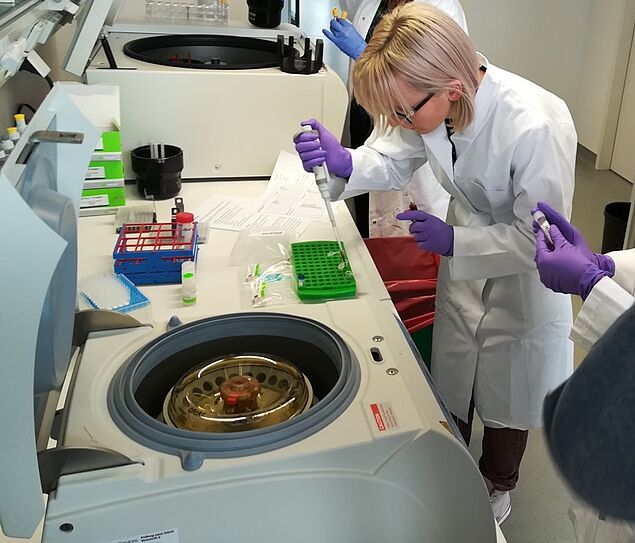 PD Dr. Sara Y. Nußbeck, head of the Central Biobank of the University Medical Center Göttingen (UMG), and Dr. Ronny Baber, head of the Leipzig Medical Biobank, were interviewed by the Laborjournal about the further training offered by the German Biobank Node (GBN) and German Biobank Alliance (GBA) for biobank technicians (TA). The discussion was prompted by an article published in Laborjournal in May, which reported on the lack of a lobby for the TA. TA representatives of the Max Delbrück Centre (MDC) stated that they felt "invisible" and wanted to strengthen their position – especially regarding further training.

The "invisibles" in the focus of the further education programme

In the interview now published, Sara Nußbeck agrees: "Somehow the TA are always forgotten." This was also suggested by the result of a GBN survey of biobank TA and their colleagues carried out in 2018, which dealt with the need for further training for the TA. Although the need was indicated as quite high, at that time there were no offers for training and further education for biobank technicians specifically. For this reason GBN and GBA created their own training programme. Sara Nußbeck, who together with Ronny Baber is on the management team of this work package, explains: "The focus is precisely on the invisibles, the TA. In biobanks there are more specific tasks than those taught in the broad training of the TA. Therefore, we explicitly offer further and advanced training for the TA in biobanks."

So far, five practical on-site training sessions have been held at different locations and on different topics – for example, on DNA isolation or histological staining. These courses teach both the theoretical basics and practical implementation. In the Laborjournal interview Ronny Baber says: "Biobanks are at the interface between routine and research and we simply want to sharpen the vision so that the employees know what is actually done with the material. They thus internalise why it is so important that the samples are processed as quickly as possible".

At the same time, GBN launched the online course "Biobanking – theory and practice" on the further education platform edX in March this year. This is a translated and revised version of the online course "Biospecimen Research Methods" of the Canadian Office of Biobank Education and Research (OBER). "Biobanking – theory and practice" is a ten-week programme for staff from all biobank areas, using modern learning methods such as videos, quizzes and infographics. It deals with all important topics of biobanking, such as acceptance, issuing, storage, processing of biosamples and data systems.

Participation in both the on-site training and the online course is currently reserved for GBA biobank employees. However, it is planned to open the online course to other participants at a later date. GBN is also considering ways of making the content of the on-site training available to external participants. TA associations such as DIW-MTA have already been approached concerning this matter.